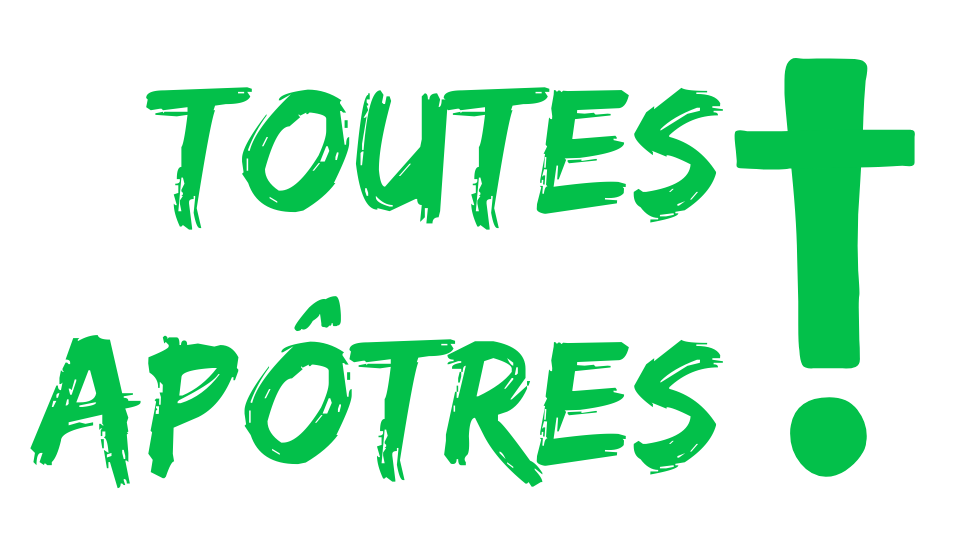 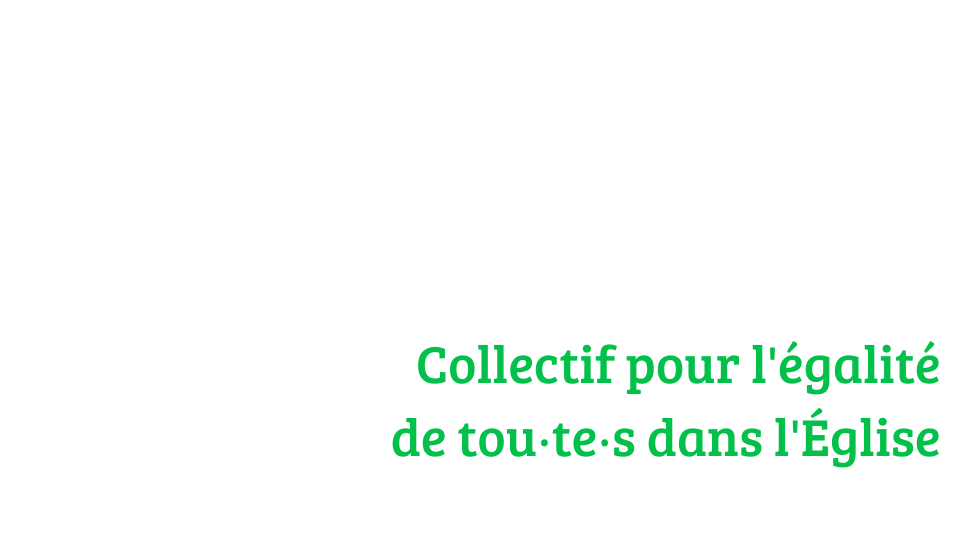 The main purpose of Toutes Apôtres ! (All Women Apostles!) is to work for equality for all within religious communities and institutions, particularly the Roman Catholic Church.

Our collective was born of a deep conviction: discrimination against women within the Catholic institution is a scandal that must be stopped.

In order to accomplish its universal mission, we are convinced that the Roman Catholic institution must allow women to have access to the various ordained ministries and to take part in the governance of our parishes, our dioceses as well as the Vatican. Then only can the Church be renewed.

Based on its initial manifesto, Toutes Apôtres ! places at the heart of its action a certain number of values to which each person must adhere in order to become a member of the association:

Toutes Apôtres ! acts to bring about equality for all within religious communities and religious institutions,
in particular within the Roman Catholic Church.
✚✚✚
We affirm that we are sisters in Christ of all the baptized,
regardless of their origin, marital status, gender identity, sexual orientation or profession.
✚✚✚
We affirm that the discriminations committed by the Roman Catholic Church
are a scandal and a counter-witness to the message of Christ.
✚✚✚
We affirm that the Gospel calls us to the unconditional welcome of all the baptized in our communities.
✚✚✚
Following Jesus, we affirm that our place is with all those who suffer,
even more so with the victims of the Catholic institution.
✚✚✚
We share Pope Francis’ commitment against clericalism.
To this end, we believe that the access of women to all ministries and responsibilities
can renew the Roman Catholic Church.
✚✚✚
We believe in the virtues of synodality for the Church and we commit ourselves to work
in a collegial manner and with respect for our diversity.
✚✚✚
We believe in the spirit of daring and we call on all the baptized to free themselves in conscience and in action
from the unjust rules of the Roman Catholic institution.

Read the press release and the candidates’ presentations (in French)

On May 25, 2020, the theologian Anne Soupa made public her candidacy for the Archbishopric of Lyon. Following her, on July 22 of the same year, seven women publicly applied for the positions of lay preacher, deacon, parish priest, bishop and nuncio. On that day, each of the candidates present slipped an application file into the mailbox of the Apostolic Nunciature in Paris.

In her file, each woman set out her profession of faith and the office she felt ready to assume – the fruit of her own call and discernment. All of them ask to be heard by Celestino Migliore, Apostolic Nuncio in France, the only person authorised to transmit these candidacies to the Pope.

At the beginning of autumn 2020, each of the candidates – with the exception of Anne Soupa – was received by Celestino Migliore. However, no formal response has been given to either of their candidacies to date.

The collective action of July 22, 2020 is the founding act of Toutes Apôtres !, which was constituted as an association on March 8, 2021.

Our guide: "Dare to candidate!"

Do you feel a deep call to ministry – ordained or not – within the Catholic Church but the institution is determined to ignore it? Make your call heard!

To help you in this process, we have written a guide. This 26-page document gathers the testimonies of the candidates of July 22, 2020, their advice and their answers to their critics. It also reviews the genesis of the collective and our convictions.

On this occasion, we call on everyone who feels called and recognises themselves in our values to join our candidacy.

Together we will draw up the programme for this special day.

Support us and get involved

Would you like to take part in this beautiful adventure? We need all the goodwill we can muster to bring about the Church we deserve, that His Word calls!

You lack availability? Your financial and moral support will be precious to us!

Would you like to make your appeal heard alongside us and stand as a candidate?

They're talking about us! (in English)